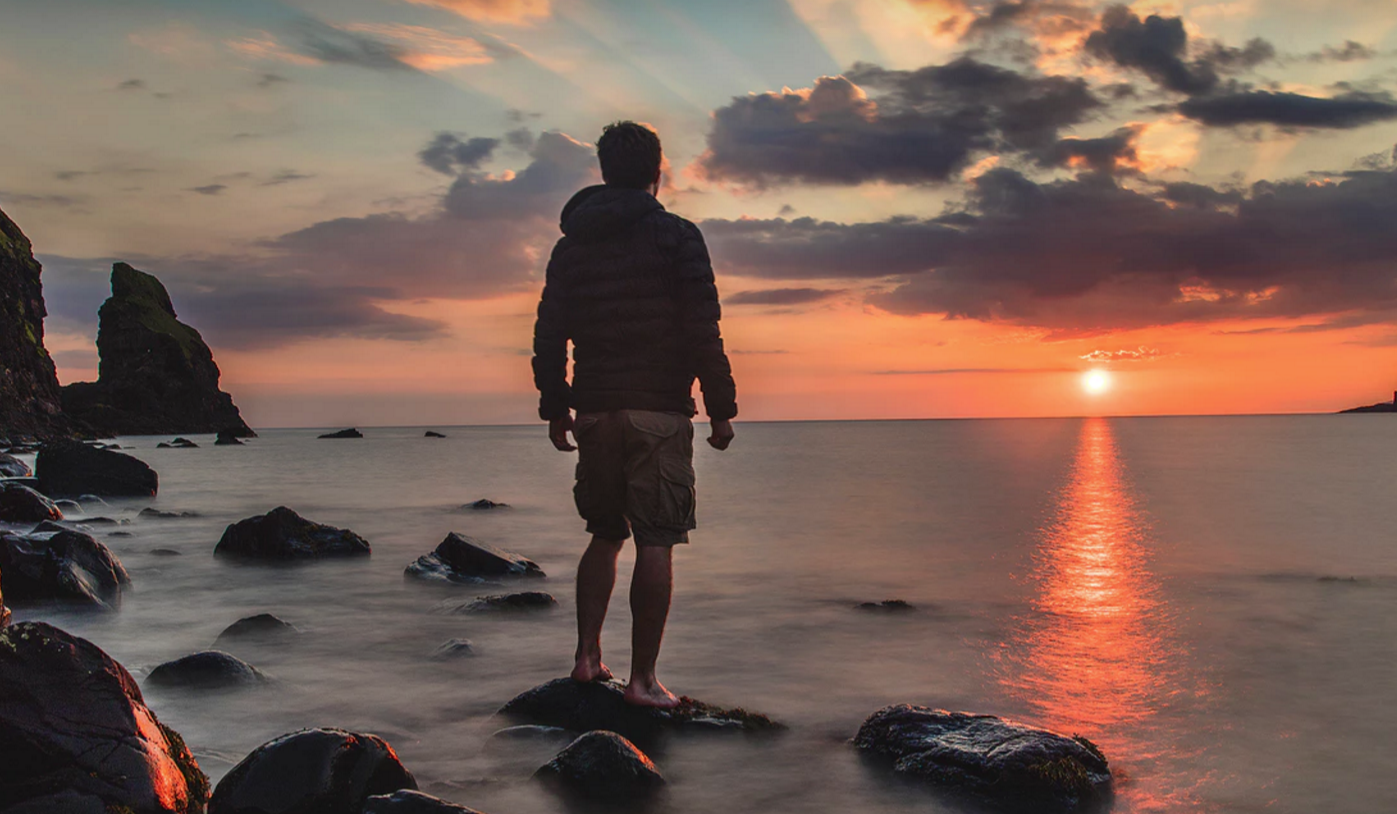 Yes, it’s true. There are more and more people getting into freelancing than ever before, and I’m one of them. Not only did I enter the freelance space with very little experience in the field I began working in, my freelance career led me to starting a business helping other freelancers get started.

Here’s my story of how my time spent – beginning in college – led to a successful freelance career and ultimately put me in the hot seat of a startup for freelancers.

I was born and raised in Rochester, NY and graduated from the Rochester Institute of Technology. If you read this section title, College Life, and immediately thought to living on campus, constant partying, and the occasional all-nighter before a test, you’re probably not alone.

But I’m not one of them. I often wonder what kind of experience that would have been as my situation was a bit different. Although I was enrolled as a full time student, the amount of class credits that I took always fell short of my peers. This was purposely done as I ran my own auto detail shop while simultaneously attending classes. I had a strong desire to make money and practice what I was studying as early as possible. This taught me more about business than what you can learn in the classroom alone.

Each day of the week started with either an 8am class or early work at the shop. Whichever didn’t come first certainly came immediately after, so back and forth between campus and shop was the norm. It kept me busy, but I loved it.

But as you can imagine, the workload from my classes meant that I wasn’t able to give it my all at the shop, often leading to an undesirable fluctuation in business revenue. The ups and downs of how much money I made was stressful and while others were graduating and finding “normal” jobs, I still had a few more classes to take. It was at this point I decided to close up shop, finish school, and do what most students do as they approach graduation – send out my resume in hopes of finding a job that would provide a steady income.

Upon graduation, I landed a job fairly quickly at a SaaS company called BlueTie. I was an inside sales rep tasked to make 100+ phone calls per day to businesses who didn’t know the company by name – let alone who I was. I quickly learned that cold calling sucked – it was both draining and mind-numbing.

But again, this is what people did after college, right? Get an entry-level job, move your way up to manager, then hopefully into an executive level position. Climbing the corporate ladder was definitely the way to go… or was it? I began having doubts about the process fairly quickly. It was at this point that I started discussing a business idea with a friend that we ended up giving a go.

The business was called University of Student Savings – a discount platform for college students. It was the combination of a student discount card and Groupon (before Groupon’s time) that allowed businesses to sign up and offer discounts to students attending a university nearby.

I worked on this part time, mainly spending time on the website I had built using Yahoo! Site Builder (a drag and drop editor that was, at the time, impressive). It wasn’t pretty, but it worked. But hey, it was my first site and I was proud of it.

All while this was taking place, I moved on from BlueTie into another sales position at Bausch & Lomb, only this time it wasn’t cold calling 100 prospects per day. The duties of my new job were better, the pay was better, and things were looking up. I thought that this was my chance to climb the ladder, being at an established company and all. University of Student Savings was put on the back burner and eventually shut down. One of many failures.

Over the next 4 years I moved on to other sales positions. One of them was with an advertising company where I began to understand more of the online marketing space. Selling websites, SEO, and PPC packages, I quickly saw the potential as so many businesses were far behind when it came to having an online presence. Although I was enjoying working in this field, it’s not where life as a salesman ended for me.

My final destination sales position was with Groupon. At the time, Groupon was a young and highly talked about company. They were what you imagined when you thought of a well-funded start up. Headquartered in a large city (Chicago), they had flexible work areas, pool tables, ping pong, food, drinks, and more. Everyone there was young and the culture was amazing. At this point, I was the happiest that I had ever been with my work-life. I was the local rep for the Rochester market and worked from home with both flexibility and great pay.

During my time at Groupon, the need for small businesses to get online was becoming more prevalent. I had some friends who were beginning business owners and asked me to help them get set up online. With my very basic knowledge of setting up websites, I did just that.

After setting up a couple of websites, another light bulb went off, telling me to go back out onto my own. I guess the entrepreneurial itch never left me after running the auto detail shop.

No matter how much better my job got, I was always looking for something else. I began reading up on how you have to “take the leap” in order to leave the 9 to 5 grind. Just go for it was the common theme in my research on what to do. And so I did. I left corporate life to freelance.

Doing what? Building websites, of course.

How hard could it be? I had already built a few of them, I had plenty of sales experience, and sold into the Rochester market for years. Not to mention, many small businesses didn’t even have a website yet. I’d be able to sell websites without a problem.

What was the first question business owners asked me when I was pitching? Nope, not price. It was “can I see some of your past work?” Well…no. You see, the few sites I had set up were now no longer operational or not worthy of showing off. And without a solid portfolio to back me up, it was over. Just like that. I went from a high paying sales position to making zero. I had to do something fast and there was no way in hell I was going back to passing out my resume just to land yet another sales job that I’d want to leave.

I quickly started seeking ways to build my portfolio. I reached out to friends, family, and nonprofit organizations to offer far less than market-rate website services and often, free of charge.

In fact, I still manage the website for IACKids – one of the first nonprofit sites that I set up.

This tactic worked and not only added presentable sites to my portfolio, but my website design skills were improving. The combination of these two elements changed the game for me and I have never had to look back.

About two years into freelancing, I began to reflect on what helped me get to the point where I didn’t need a 9 to 5 and was able to generate an income on my own terms. Was my corporate experience a waste of time? Of course not. As much as I disliked a few of the positions that I held, all came with valuable takeaways that I’ve been able to apply to both personal and business situations.

But even with my corporate experience, I wasn’t able to successfully move forward with freelancing until I had fine-tuned my skills and built my portfolio. This was the final piece that moved the needle and I knew that others were going to run into the same situation.

Boonle was started for the sole purpose of helping new freelancers get started. The goal was to provide a simple way to find work when you may not yet have a portfolio to back you up. The original model played into the method that I used to find work – less than market-rate and often, free.

Boonle originally launched with the concept that all projects posted were done as favors in exchange for portfolio building items with the option to provide a monetary tip once the project was complete. Although this worked occasionally, it ultimately failed. Registering was also open to anyone, leading to a flood of freelancers from around the world – skilled or not. This broke our mission of helping newbies get their feet wet.

Many more months of a repeated cycle of testing, feedback, testing, and more feedback, has brought us to what Boonle is today – a marketplace that connects US-based students with businesses on graphic & web design projects.

Projects are paid at decent rates, but still far less than what an experienced designer would charge. We’re leading the way for students to find real work while in college – fine tuning their skill sets and building their portfolios – just as I did. Businesses that can’t afford the highly experienced freelancer or agency can now work directly with talented students instead of sourcing their work overseas.

The question I get from students often is, “how do I get started as a freelancer?” I wish someone had shared their journey with me before I got started and I hope that my story can inspire someone else to take the leap.